Big Time Out for Health

I had some personal surgery on April 25 and the doctor said it would take TWO WEEKS to recover. That would have been tolerable. At the two week mark I was still in excruciating pain and called in for more opioids, which I received. In all, it took me the rest of April, ALL of MAY, and a few weeks  in June to actually get vertical again. MORE LIKE EIGHT WEEKS.

I am slowly rejoining the human race, one step at a time. I'm going to the gym now to help regain my strength. I've been spending a lot of time awake and exhausted. I used to be good at napping, at the beginning of this experience, but now, not so much. No sleep during the day, not much sleep at night.

A fierce cold settled in on me during the worst of recovery and as it tore through my head, it left my Eustachian tubes blocked like I have never felt before. Ears ringing, dizzy, partially deaf, I went to an acupuncturist who grabbed me by the side of the neck and pulled, but my ears wouldn't give. Then he zapped me with a few needles in my head and my feet. Made me jump and curse like a sailor. It was difficult to remain still as he slid needles into my delicate nerve points. Ears wouldn't budge.

Went to an otorhinolaryngologist who did not offer a myringotomy although I really wanted one. I fantasized about a loud vacuum sucking out the gunk through a tiny perforation in my eardrum, but it was not to be. Good news was that I was not risking infection. I'm still recovering my hearing but my ears have been clearing on their own for the past month.

No rest for the wicked.

I am feeling better than I have in a long time and I'm no longer taking opioids, nor am I taking the painkillers... after they cut me off Norco I switched to alternating hits of Tylenol and Motrin every four hours, 24 hours a day. My alarm went off all the time. Still no sleep. Also weird feelings of heat and restlessness all night. In order to reclaim my sleep I cut the night meds, then I cut the morning meds, now I'm taking meds mid-day, when I seem to hurt the most. Standing up and walking around is the worst. Oddly enough, the weight machines at the gym allow me to sit down, so it's as if I'm resting as I work small muscle groups. Fair enough. ONWARD TO RECOVERY! 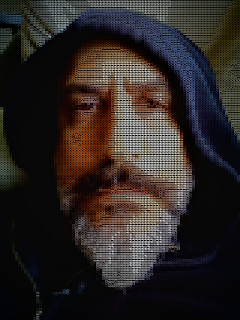