WOAH. NYC DOES NOT STOP!

No exaggeration. I was up until 3:30 or 4AM every night and slept in until 1 or 2PM every day. OH. Maybe that makes a lot more sense if you think about it in terms of California time, but what was everyone else doing? They stay up hella late and wake up late. I'm serious. EVERY DAY WAS INTENSE! 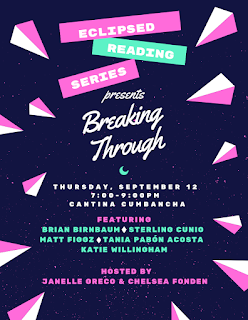 September 13
Friday the 13th! Full MOON! The opening gala at the Coney Island Film Festival! It was amazing!! My friend Kelli Bickman came down from Saugerties to check it out and support AVT! Coney Island, full moon on the ocean. It was memorable. Immortal. 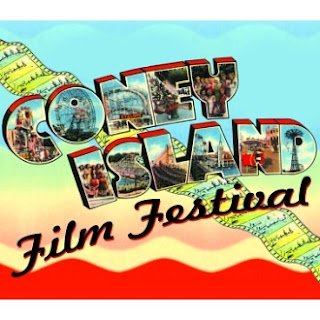 September 15
Coney Island Film Fest final day! Our film screens, and ... WINS FIRST PRIZE!! Woohooooo!!! We are overwhelmed with joy! Needless to say, the party lasted all night long. At the end of the night, Bad news arrives. I learn that Steve Dalachinsky, who was to read on the same night as I at Lady Stardust in the East Village, has passed. 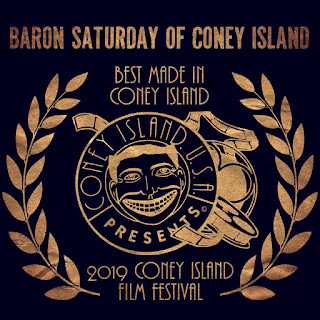 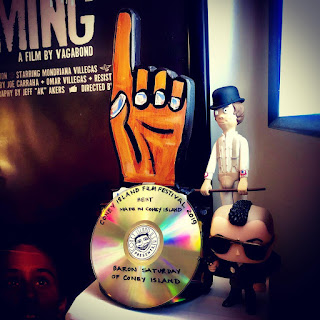 September 16
Discussing new opportunities for collaboration with NYC musician Robert T. Smith. Only stay up until about 1:30.

September 17
NYC Lower East Side rockers gather at Lady Stardust. I thought it would be a somber affair. But no. The show must go on. 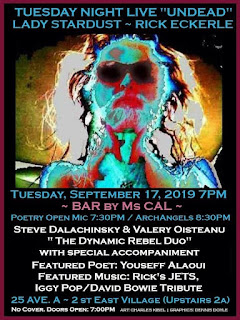 September 19
Caught up with an old friend!

September 20-21
MARATHON PODCAST SESSION! No exaggeration. We started at 10PM then went until 4AM. Left the house for JFK two hours later. I might have closed my eyes for an hour, but NO SLEEP.

The group talk recordings are in post-production for podcast syndication. We discussed Audio Visual Terrorism, how we came to meet, and our four big projects together, namely: Sacred and Profane: Faceless Jacks, Coney Island Siren, Mystic System of the Rosy Order, and Baron Saturday of Coney Island. Trailers are here.