I am humbled and overjoyed to have been invited to this project by Poet Maw Shein Win and Artist and Organizer Megan Wilson to participate in the Clarion Alley Mural Project or CAMP. The Clarion Alley Mural Project, based on social justice murals in an alley of the Mission District in SF, is the collaborative effort of artists and activists to bring these important images to life. We poets composed a piece (or more) to represent the mural we were paired with. The result is passionate and beautiful. There are many components to this event. Poets are filmed reading in the alley, the event is live streamed, there is a round table discussion after, then the poems will be offered as broadsides enclosed in handmade boxes. I am honored to be included in the group paired with the Arab Liberation Mural.

Here is the mural. 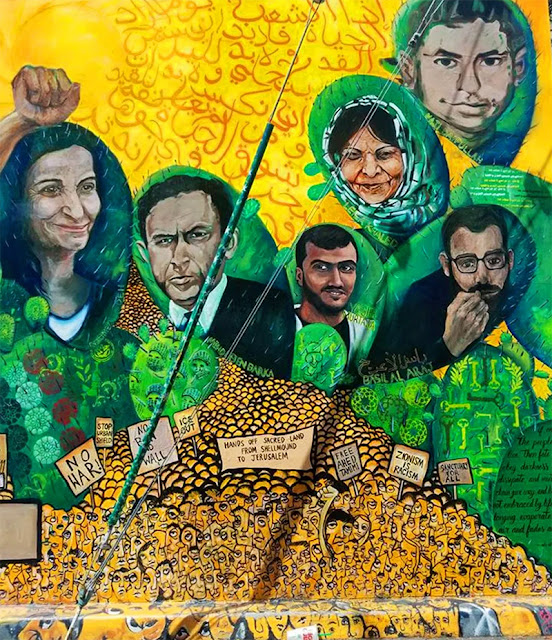 Among the activists is one very special to me. Mehdi Ben Barka. Here is the Wikipedia entry: "Mehdi Ben Barka (Arabic: المهدي بن بركة; 1920 – disappeared 29 October 1965) was a Moroccan politician, head of the left-wing National Union of Popular Forces (UNPF) and secretary of the Tricontinental Conference. An opponent of French Imperialism and King Hassan II, he "disappeared" in Paris in 1965. Many theories attempting to explain what happened to him were put forward over the years; but it was not until 2018 that details of his disappearance were established by Israeli journalist and author Ronen Bergman in his book Rise And Kill First: The Secret History of Israel's Targeted Assassinations. Based on research and interviews with Israeli intelligence operatives involved in planning the kidnapping of Barka, Bergman concluded that he was murdered by Moroccan agents and French police, who ended up disposing of his body.[1] "

The poems we created in reaction to the mural will be printed as broadsides and packaged together in artistic boxes that will be for sale in a limited quantity. Photo below: 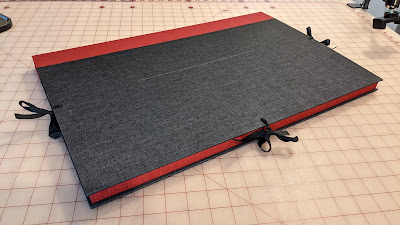