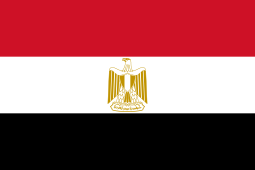 Tanta International Festival of Poetry, facilitated by Mahmoud Sharaf, erudite poet, teacher, social organizer, and broadcaster at Sout Al Arab radio station and the Nile Culture Channel, takes place every October. The festival is a celebration of poetry and features diverse international writers, each of them excellent in their field. 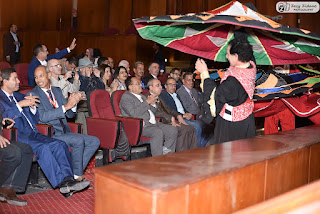 Over 50 poets assembled on October 25th, 2018 in the Nile Delta city of Tanta, 98 km north of Cairo. Countries represented were India, Canary Islands, Basque Country, Spain, Algeria, Morocco, Tunisia, Lebanon, Palestine, and Netherlands, to name just a few. They were joined by Egyptian poets who read alongside the international visitors. Added to that was the amazing support crew of young and very focused writers, hand-picked by Sharaf, who showed immense talent and were involved in every facet of daily activities such as hosting, translation, transportation, and logistics.

When I landed in Cairo I had no idea what to expect, much less that I would wait in three different lines for hours after customs and passport control, in order to purchase a VISA to enter the country. My flight departed from Paris. I had been there for two weeks. I only had Euros. I discovered, after waiting in line at the Cairo International Airport for at least an hour, that the bank (of the three banks available at night) would not accept EUROS. They would only take US Dollars or Egyptian Pounds! So I hustled to the opposite side of the reception hall to wait in line for the bank machine. Yes! Got the money! Then I waited for almost another hour at the closest bank, not the one I had previously visited, only to be refused my Egyptian Pounds. They would only accept US Dollars! So, back I went to the first kiosk, waited another hour, and finally achieved my VISA! The price is negligible. 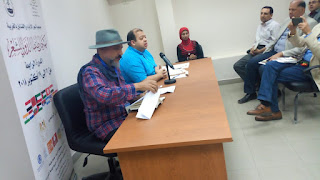 After that crazy ordeal, I headed direct to the VODAFONE kiosk and they set me up with a fresh SIM card plan that was very effective and, although it was the cheapest they could provide me with, it was still more than plenty for two weeks in Egypt. Score! Then, my flight mate (I had made friends with the guy sitting next to me in the plane) and I hopped in an Uber because he said he was acquainted with the hotel I was to be staying at, the HOTEL TULIP SPORTS AND WATER PARK. After a wild conversation and my first experience in Cairo traffic, we were there, all the doors and trunk were inspected by the gatekeepers and ... wow! This place is quite the destination! 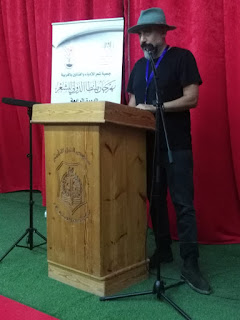 The Concierge discovered that the names of the visiting poets were found on a list provided by the  Ministry of Cultural Affairs. I bid goodbye to our kind driver and my flight mate and they were off. I was shown to my room. I had a fabulous bed and a balcony that looked out on the amazing pools and sports complex. Apparently this place is a destination for weddings and other big life events. The entry hall is decked out in amazing colors with sculptures and a spiral staircase. I asked if the restaurant was open. They said no. I said no problem. At almost 1AM, as I was cooling my heels on the opulent balcony and marveling at the fact that I had landed in Cairo, a knock sounded at my door and lo, and behold there was a young man in a white shirt and black tie with a plate of food for me! They had made me a sandwich and some fries which I ate with gusto. "Welcome to Egypt!"

The following morning we met in the lobby and were driven up to Tanta. The sights, needless to say, are amazing. The desert land gives way to lush palm forests and agriculture, with vendors roasting corn by the side of the road. The richness of the Nile Delta is easy to appreciate. The poets began to talk amongst themselves and discover who everyone was and which country they represented. Right away I could tell I had met some incredible human beings. Tanta is a beautiful city, hit hard by the absence of the Mubarak socialist economy. Assisi's attempt at capitalism has apparently fallen short.  Egyptians are told that they are strong and they will stay poor for the time being, which offers little encouragement. This was the story I was told by a few sources.

Despite the economic conditions, the hotel, the staff, the organizers, the hosts, even random citizens of Tanta welcomed us so warmly and we enjoyed them as much as they enjoyed us. Everyone was so excited and interested. I was fascinated by the stories of Mousa Hawamdeh, a poet from Lebanon who had to flee Palestine... because of a serious misunderstanding. His tale would take up several blog entries. The phenomenon of so many poets together in one hotel for a series of days is probably more amazing than the readings we delivered. But the schools and cultural centers where we read were filled with people anxious to hear what we had to say. Some of the younger Egyptian poets took the stage and got the audience going.

Overall, for me, it was my profound and utmost pleasure to spend time with so many gifted and talented artists from all over the globe and to listen to their stories. THE MAGIC OF TANTA FESTIVAL IS THE PEOPLE. Mahmoud Sharaf and his team of students, led by the incredible gentleman poet Mohamed Samy, pulled off this multi-day experience without a hitch. The experience was sublime. 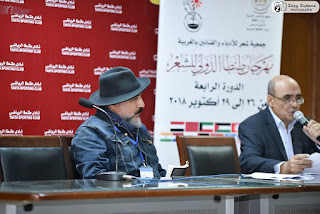 I must take this opportunity to profoundly thank Pilar Aranda in Tijuana, Mexico, who invited me in the first place, Wessam Draz, Douaa Noh and Mostafa Zeiada for helping me out when I needed it, the great Mohamed Aziz, the friendly antics of Mohamed Khafaga, the mysterious and beguiling Hoda Omran, Shreef Yasen, Juan Carlos de Sancho, Kepa Murua, Ahmed Montaser, and Ahmed Salah Eldein, who translated my work.