The wonderful Lucienne Rose has completed her latest anthology of international writers. Her reviews have been consistently innovative and entertaining. During a private reading at the beginning of the international lockdown, I told the story of my dear friend who committed suicide so many years ago, whom I still think of often. His is the story of a painter of the utmost rigor. He was filled with talent and technique. He was celebrated in Paris Match and other favored Parisian arts and culture publications, but still he committed suicide. I miss him dearly. Recalling him is tough. L. Rose dedicated this issue to him. It hurts, but I thank her for it.

There are a few works of mine in this issue. Notably, a poem I penned expressly for her cue to write on "North & South," but of course I did not really hit on the sociopolitical discrepancies between North and South. The poem is more about the compass rose and cardinal directions. On the sociopolitical level, Rose included my story from Nomadic Press' FIERCER MONSTERS; "Elvis, King of Cats," who is arrested and harassed by the police for being brown at the wrong place and wrong time. There is a crowd around him. He is actually helping some cats living behind the Notre Dame Cathedral. Ah, well. Let it all burn.

Here is Alex's wedding picture in 1996. I do not remember his wife's name. She left him about a year later. He died a year or so after that. 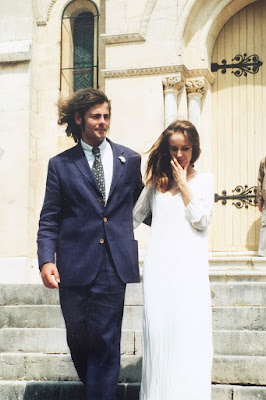 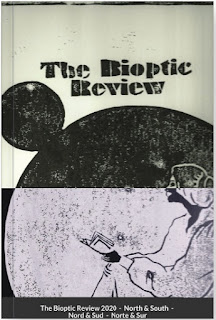